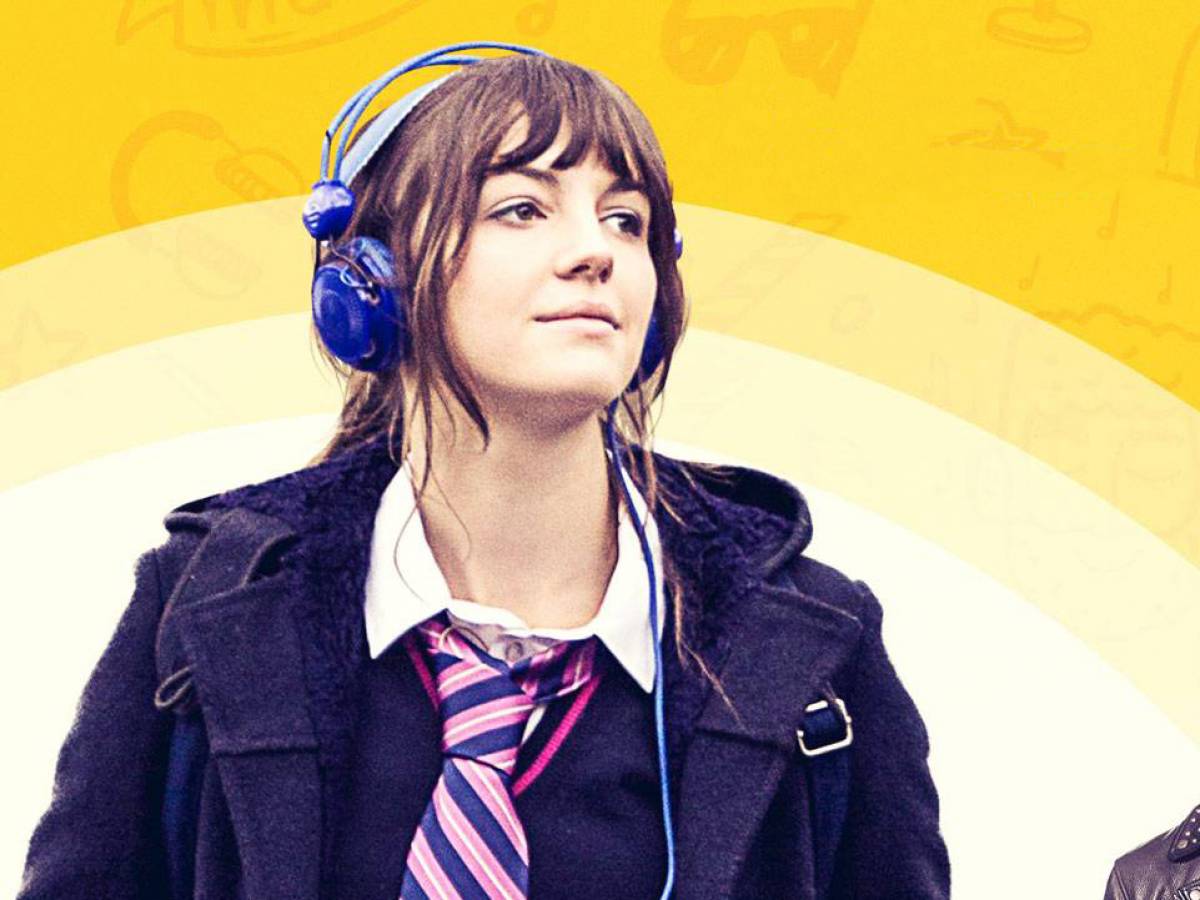 There’s something comforting almost nostalgic about Kat and the Band. On the cusp of adulthood we all dreamed of managing a successful band; back to back parties with framed platinum discs on the wall. However, it never got closer than watching bands on the live circuit, and occasionally being able to say I was there when they played their first gig.

It tells the story of music obsessed schoolgirl Kat (Ella Hunt) who blags her way into gigs with best friend Jane (Jennifer Leong) in tow. Kat is determined to forge a career in the music business and targets struggling band Dollar Days. She talks bassist Alex (Dougie Poynter) into managing the band and sets about finding them new gigs. However, Kat has exams approaching and mother Liz (Katherine Kelly) is determined she get the grades for university. Whilst her mother doesn’t understand she finds comfort in her Gran (Joanna David), a child of the 60s who is more of a kindred spirit. Jane wonders whether Kat fancies Alex and managing the band is just an excuse to spend more time with him. Jane herself is loved up with Marcus (Jackson Bews) who plays in a rival band. With a curious mix of luck and confidence Kat plots a career path for the young guns in her charge.

A film of this type relies on a strong soundtrack and benefits hugely from songs contributed by Some Velvet Morning. It compensates for a flimsy plot and script heavy on buzz phrase (‘if I’m in the moment I feel the moment’) and light on real humour. One of my favourite pastimes is to pick holes in movie plots and could easily run wild here. However, it wouldn’t be fair or necessary as entertainment value trumps the film’s shortcomings. Falling back on clichés there is something very likeable and heart-warming about this story. It generates a natural glow and reminds us to follow our dreams. And we need the feel good factor more now than ever.