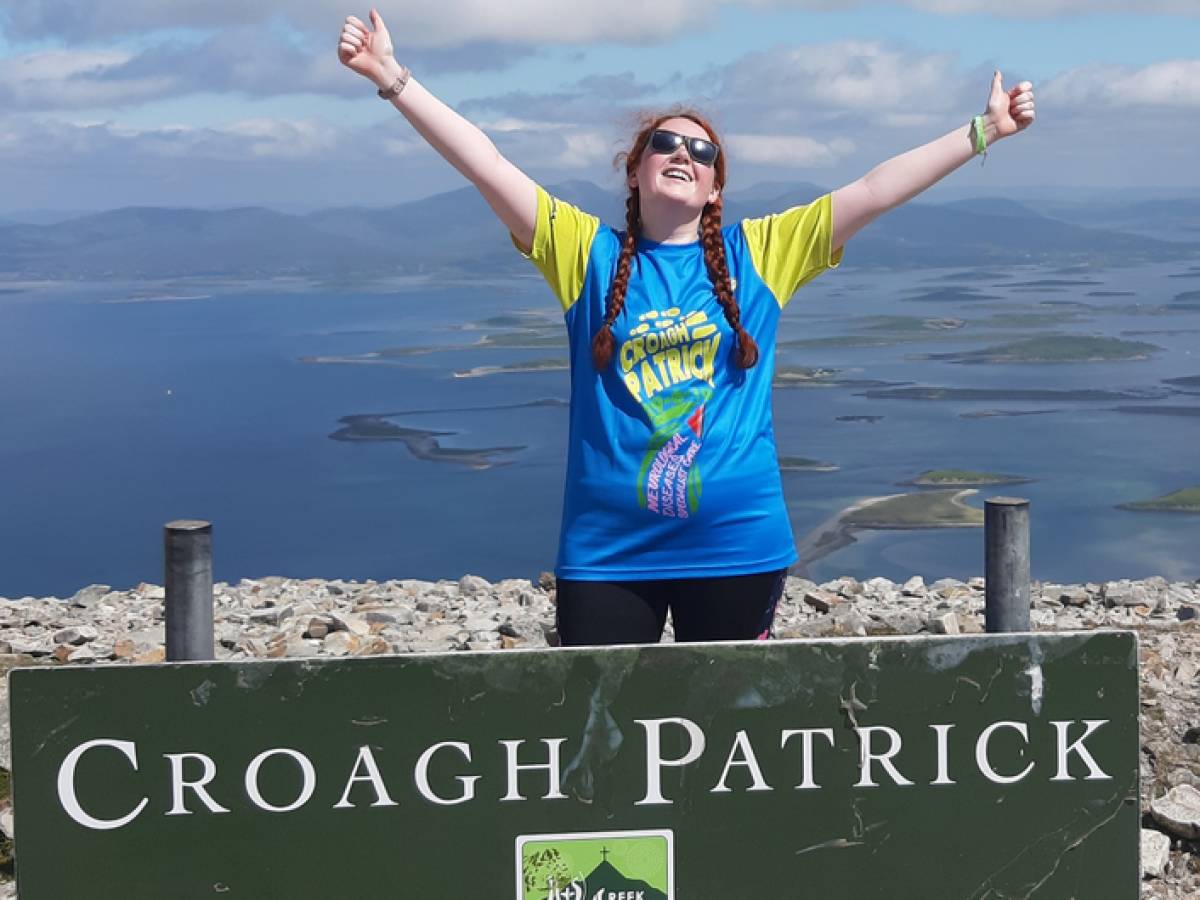 As Clare McManus sat down to watch Irish movie The New Music, she felt a sense of joy and relief. For there on screen was a character who had the same disease as her - one that is rarely seen in young people.

Clare has Parkinson's disease, a condition that people tend to develop in middle or late life, usually after the age of 60. Like actor Michael J Fox, she was diagnosed with Young Adult Onset Parkinson's in her twenties, and even began to experience symptoms in her teens. Parkinson's is a progressive nervous system disorder that affects movement. She was delighted to see a young person with the disease in the movie, one about a classical pianist who finds freedom in punk music after being diagnosed. Clare, who was asked by filmmakers to read the early script, was impressed with the representation on screen. "I was the first person to read the script. I had an interest in musicals and wanted to see what it was about," she said. "When I read it I thought it was a boy version of me! I had an interest in music and I played piano as a teenager, a lot of classical music. I was intrigued to know where was this going."

"After reading the script, I said to my committee in Young Parkinson's Ireland that we have a really good film that highlights everything we're trying to highlight." Clare met with the film's writer and director Chiara Viale to provide insight into what it is like to live with Parkinson's. Chiara was inspired to write the story following her father's death after having suffered from Multiple System Atrophy - a rare degenerative neurological disorder with symptoms similar to Parkinson's. The film is released on a number of streaming platforms this week. "I met up with Chiara for coffee, we were just instantly aware of where each other was coming from because it's not known that you can get it so young," said Clare. "I was 24 when I was diagnosed. I had symptoms since I was 19. My first symptoms were very subtle. I'd have my feet up on the couch and my toe would start to tremble. Previous to that I had fallen on my back and thought it might be connected to that. I went to the doctor and had scans but nothing showed up. We went forward to a neurologist and the waiting list was quite long. We were waiting four years to be seen." From initially thinking she had a trapped nerve, Clare's symptoms had worsened by the time she was seen by specialists. She had started to experience tremors in her legs and lost a lot of weight. Because symptoms can vary greatly, Parkinson's can take time to diagnose as medics cancel out other possible causes. But the Sligo-based Montessori assistant decided from the outset that she wasn't going to let whatever was wrong define her life - and to be upfront about it.

"I just had a get-on-with-it attitude and thought I would get an answer down the line. I remember meeting my husband back then and we were only 20 then. Ronan stuck by me from the beginning of it all. He's been there from the start. During work interviews I had to be brave and put it out there, facing up and knowing there was something wrong with me. Once I told people there was something wrong but I don't know what it is, I was able to get beyond the hearsay. Eventually, several tests to rule out other conditions and a specialised scan led to her diagnosis. I was with my mum, Teresa, when we got the news at the hospital. The doctor was there and had my brain scan on the computer to explain. The doctor started me on treatment and medication. At the time I was with Limerick Musical Society and we had a show on a few weeks later. I said it would be really good not to shake on stage! It would have been nice not to have the tremor but we had a good show."

She feels the movie will help create awareness about the disease in young people. "Everyone's different. Some people start off with depression and anxiety. For me it was the tremor in the toe, and that moved up my legs. Fatigue was a big thing for me. There are a load of symptoms but the ones that affected me personally were the tremor, the fatigue, losing weight and a rigid walk. I play the ukulele, it's my escape into my own little world where I could relax. It a great escape for me, listening to and playing music." Husband Ronan is also a keen musician and some of his music features in the film. Clare, now 31, has great hope that the film will help people understand what it's like to live with Parkinson's and that it can affect young people too. "The actor (Cilléin McEvoy) has done a great job of how Parkinson's is reflected in a young person. It's a very personal disease because you're not sure how to tell people, not sure what will lie ahead of you. My boss and the whole team I work with in Sligo are very understanding, I can't credit them enough. Of course I've had my down moments. But as soon as I was diagnosed I said to mam, 'I'm not going to let this stop me, I'm going to do what I want'. I'd take a step back and say: 'I can do this'.